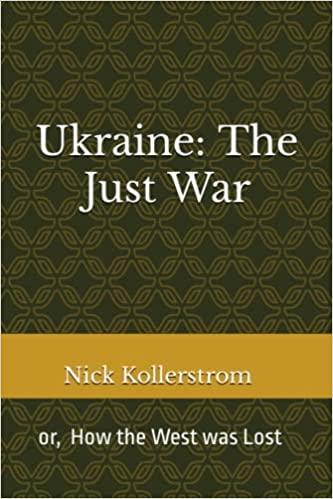 In today’s show originally broadcast on January 25 2023, Andy is joined by Dr. Nick Kollerstrom for a show entitled, “Ukraine: The Just War – How The West Was Lost.”

We discussed: how Nick was a founder member of the UK’s 911 Truth group; Nick’s work investigating the 7/7 London Bombings; the purpose of Western Propaganda against Russia in recent years; the psychology of deception; proof that the British Establishment are the best liars; the real reason why there is terrific visceral hatred of Russia these days; how the West’s dedication and belief in war could result in its destruction; the United States history of global bullying; the importance of the alliance between Russia and China; the end of European dominance; why the trouble with the UK is that it hasn’t been defeated in a war in a very long time; and many other topics.

Click Here For Details Of Nick’s New Book “Ukraine: The Just War – How The West Was Lost”