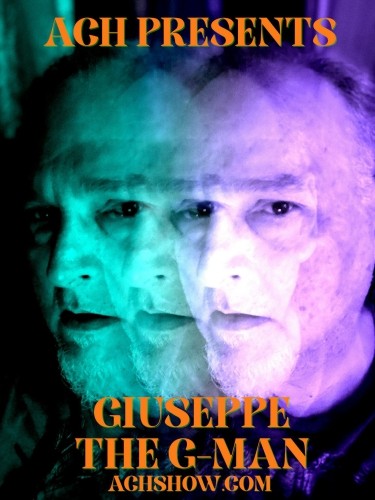 In today’s show originally broadcast on September 16 2022, Andy presents “The G-Man” with his co-host Giuseppe Vafanculo for a show entitled, “Operation Donkey Dick And Other Stories…”

We discussed: what is meant by “The G-Man”; Vice-President Dick Cheney’s interesting role on 911; the “Project For A New American Century” plan for a new Pearl Harbor; the last Saturday September 10th “The Sane Asylum” show in which Giuseppe assembled a stunning array of experts on 911 for a roundtable discussion; why some people will never be able to come to terms with the fact that their own governments have been lying to them all of their lives; the planes or no planes argument that has been a contentious issue among 911 researchers for years; the general consensus that the Twin Towers and Building 7 were brought down by controlled demolitions, along with the differences of opinion as to how these buildings were taken down; when and how Giuseppe became the Rock Critic for the Milwaukee Sentinel, along with some of the interesting people he met whilst he was doing that; and many other topics.

THE ARCHIVES OF GIUSEPPE’S SHOWS

SPEAK FREE RADIO (For The Thursday To Saturday Shows)

Firstly here are the show times as per the US EASTERN TIMEZONE:

SPEAK FREE RADIO (For The Thursday To Saturday Shows)