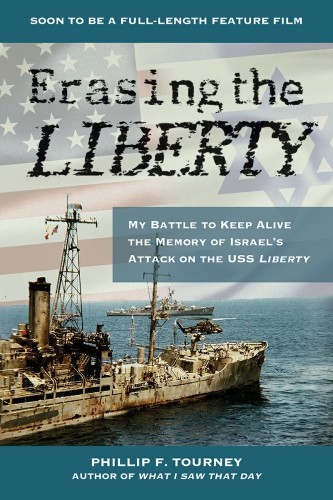 On today’s ACH ARCHIVE show, originally broadcast on June 8th 2017, I was joined by Dave Gahary And Phil Tourney to mark the 50th Anniversary Of Israel’s Attack On America, when on June 8th 1967 Israel attacked the U.S.S. Liberty.

In preparation for this show I read Dave and Phil’s definitive book on the attack which is entitled, “Erasing The Liberty,” in its entirety. During the show I covered 20 pages from 12 sections of the book, then I handed over to both Dave and Phil to offer their comments on each section.

Dave is an accomplished freelance journalist. Phil served on the U.S.S. Liberty and miraculously survived the attack in which 34 of his shipmates were killed and 174 were wounded.

Dave and Phil encourage the listeners to support their efforts in making a full length feature film, which will finally write Israel’s attack on the U.S.S. Liberty into mainstream history. The details of how you can do this are available by clicking on Dave and Phil’s Erasing The Liberty website below.