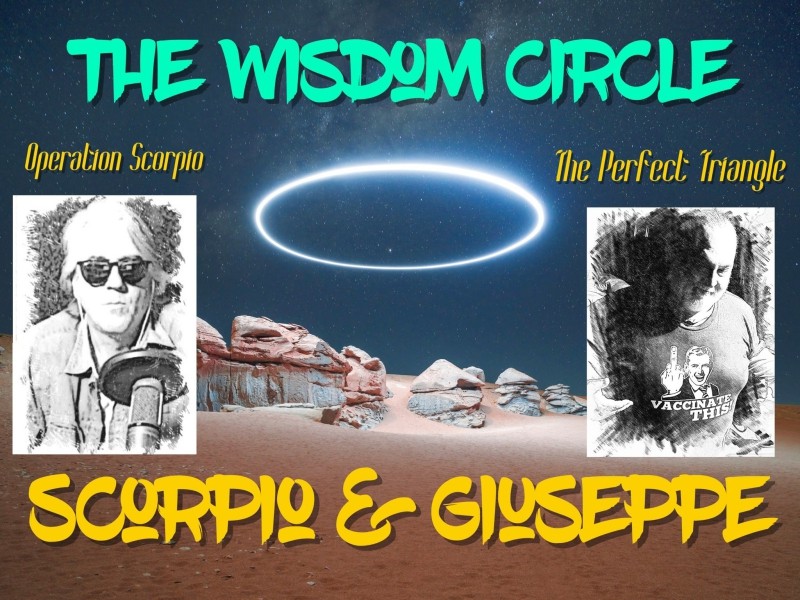 In today’s show originally broadcast on November 26 2021, Andy is joined by Scorpio And Giuseppe, for a show entitled, “The Showmen Cometh.”

We discussed: Scorpio and Giuseppe’s backgrounds and what led them into the independent media; their shows (which are archived and go out live on a variety of channels – see below) The Event, Operation Scorpio, and The Perfect Triangle; the infamous 2009 “Conspiracy Theory With Jesse Ventura” show with Dr. Rima Laibow, in which she claimed the World Health Organization were planning to roll out compulsory vaccinations in a plan to depopulate 90% of the planet; the 2010 Rockefeller Foundation report that appears to be a script for what we are experiencing today; the strategy of confusion; how our acquiescence is our compliance; how gain of function is a bioweapon; what pharmaceutical companies have got in common with Mafia Made Men; the Green New Steal; and many other topics.

Click Here For The Full BitChute Video Of The 2009 Conspiracy Theory With Jesse Ventura Show In Which Jesse Interviewed Dr. Rima Laibow

THE ARCHIVES OF SCORPIO AND GIUSEPPE’S SHOWS

REVOLUTION RADIO – YOU WILL NEED TO TYPE revradio AS THE USERNAME AND rocks! AS THE PASSWORD

The archives are listed in alphabetical order, so scroll down to Operation Scorpio and The Perfect Triangle. IMPORTANT NOTE: The archives for The Event are stored within the archives of The Wisdom Circle.

Firstly here are the show times as per the US EASTERN TIMEZONE: