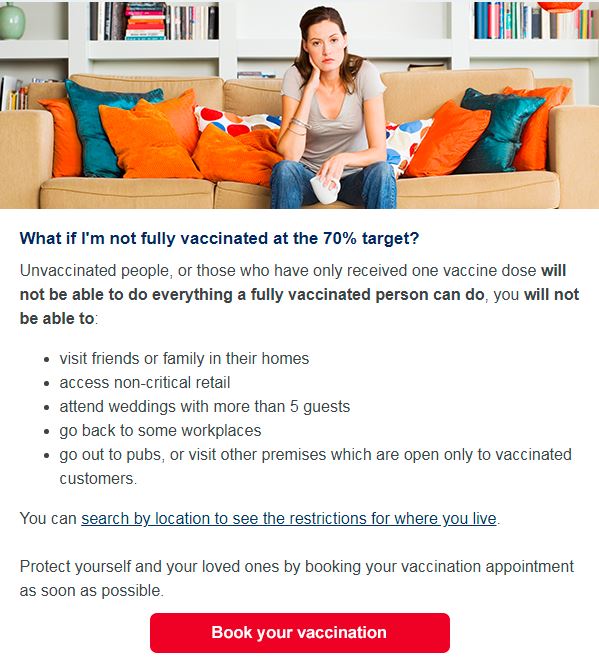 In today’s show originally broadcast on October 4 2021, Andy presents “The Limeys” with his co-host Mallificus Scott for a show entitled, “The Persecution Of The Unvaccinated.”

We discussed: the clip from the last, “The Dankof Report,” show that we played during the show intro segment; Dr. Patrick Slattery’s Friday October 1st show on the Republic Broadcasting Network entitled, “BOOMERVISION SPECIAL – Dr. Patrick Slattery interviews Englebert Poindexter,” which is this year’s, “ACH Show Of The Year,”; this week’s Strange Bedfellows – Emails in your Spam folder, 325 inch television sets, potentially offensive terminology, and men dancing together; how we are now up to 1,682 deaths and 368,001 people injured from the vaccines according to figures off the UK Government website; how people in the UK can get an NHS Exemption from being tested for Coronavirus, receiving a vaccination, and carrying a vaccination passport; the persecution of unvaccinated people in Australia; Andy’s Weird News Of The Week; and many other topics.

Click Here For The British Government’s Page “Coronavirus (COVID-19) Vaccine Adverse Reactions” And Click On The Four Analysis Prints That Claims An Aggregate Total Of 1,682 People Have Died And 368,001 People Have Been Injured After Taking The Vaccine

Click Here For The NHS Page On How You Can Get An Exemption From Being Tested For Coronavirus, Receiving A Vaccination, And Carrying A Vaccination Passport WHICH THEY HAVE SINCE CHANGED. AS YOU WILL SEE WHAT I READ OUT FROM THE PAGE ON THE SHOW THAT I COPIED AND PASTED INTO MY SHOW SCRIPT A FEW DAYS AGO, IS NOW RADICALLY DIFFERENT!

Moment man climbs out of Utah amusement park ride before falling 50-feet to his death: Woman filming said she tried to stop ride after realizing it wasn’t a stunt

Muslim car salesman wins £3,000 religious harassment claim after his boss told him ‘Allah is the devil’ then did a loud fart as he apologised

Large solar storms could cripple the world’s internet for WEEKS if it damages the massive undersea cable network, study finds

And you thought you were having a bad day! Social media users share snaps of their personal disasters – from a tree falling on a car to a woman who set her hair alight blowing out birthday candles