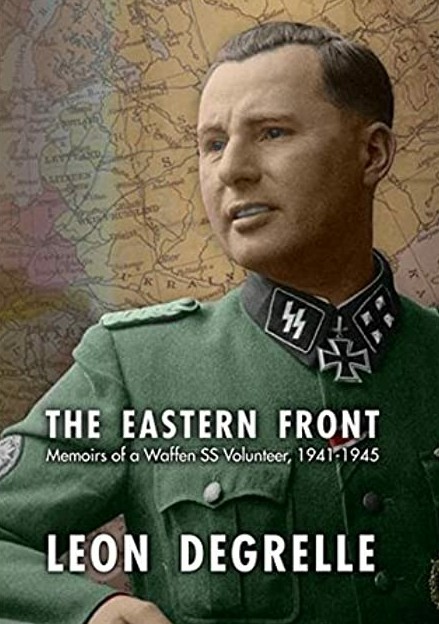 We discussed: Leon Degrelle’s book “The Eastern Front” which Peter regards as the best first hand account of war he has ever read; why the main aspect of the Second World War was the conflict on the Eastern Front; how Leon Degrelle wanted his home country of Belgium to unite with Germany and fight against Communism; how there were a quarter of a million volunteers from thirty different countries that made up the Waffen SS which fought alongside the Germans on the Eastern Front; how long before the United States entered the war in 1941, they were supplying the Soviet Union with vast amounts of military hardware; General Patton’s view that we should have fought the Soviet Union instead of Germany; and many other topics.