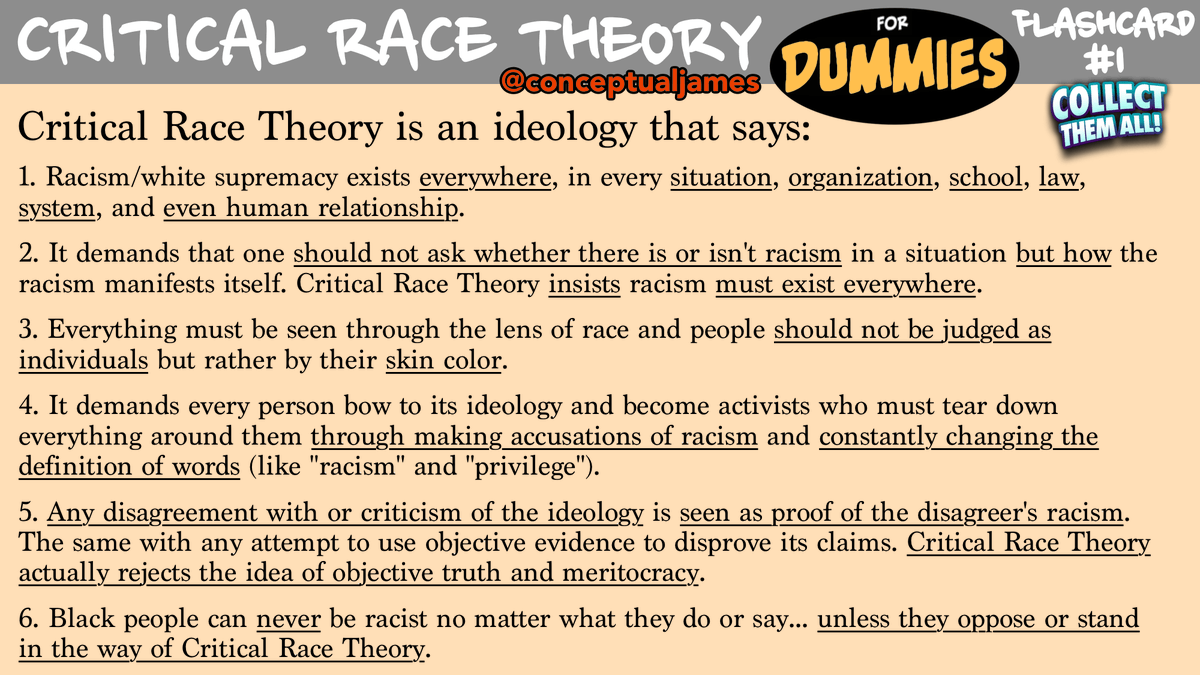 In today’s show originally broadcast on November 17 2020, Andy is joined by Blackbird9 and GoldenPipeWrench, for a show entitled, “Critical Race Theory For Dummies.”

We discussed: the isolation from criticism and perpetual victimhood; what is woke; diversity, equity, and equality; authoritarian racism and reverse racism; the different kind of war; the 11 Critical Race Theory For Dummies flashcards; the 5 B’s of the Meanie Method; the Evergreen College incident; the purpose of the Black Lives Matter protests around the world; how the two big weapons in pyschological warfare are guilt and shame; the revolution that is coming to pass; how the Endgame is the complete collapse of society as we know it; and many other topics.

Click Here For The 11 Critical Race Theory For Dummies Flashcards