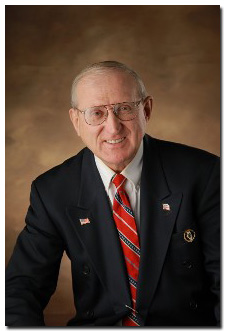 In today’s show originally broadcast on February 5 2020, Andy is joined by Art Jones, for a show entitled, “The Art Jones The Rebel 2020 Election Campaign.”

We discussed: how Art is a Vietnam Veteran who first ran for Public Office in 1976; Art’s America First Committee which was inspired by Charles Lindbergh; how Art received over 64,000 votes in his 2018 Campaign; how the Primary for his current campaign is on March 17; the burning of Christian Churches in Israel; how by 2042 White People are predicted to be a minority in the U.S.A.; Art’s, “We Need More Jobs Not More Wars,” campaign slogan; the worldwide implications of a war with Iran; Art’s Political Manifesto; and many other topics.