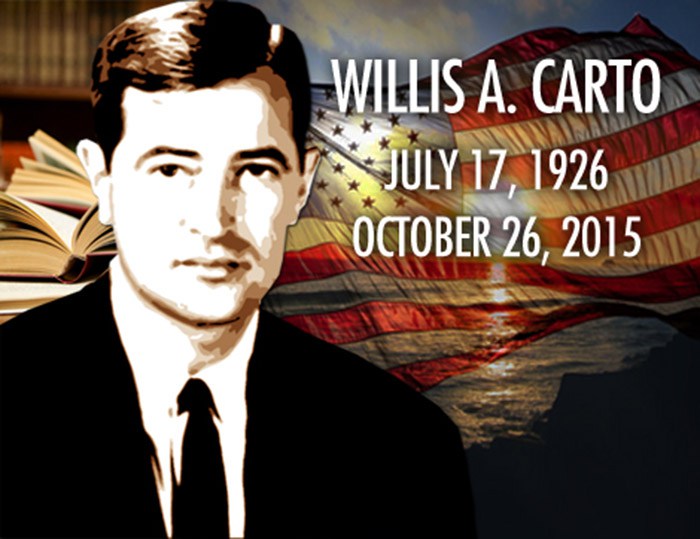 In today’s show originally broadcast on January 10 2020, Andy is joined by Elisabeth Carto, for a show entitled, “The Willis Carto Websites.”

We discussed: the voluminous archive of Willis Carto, which Elisabeth is releasing to the world today; Goering’s last letter to Churchill that he wrote in 1946, days before he committed suicide; Willis Carto’s 18 hour work days; Liberty Lobby’s support of Barry Goldwater in the 1964 Presidential election against Lyndon Baines Johnson; how The Spotlight newspaper sold 350,000 copies a week at its’ peak; Charles Lindbergh’s America First movement; Franklin Delano Roosevelt’s sedition trials; the promises of Donald Trump; the Oded Yinon Plan for a Greater Israel; the mass immigration into White Nations; and many other topics.

Click Here For Elisabeth’s “WillisCarto.Org” Website Which Is Continually Updated And Is The Most Comprehensive Archive Of His Material On The Internet

Click Here For “The Willis A. Carto Library” Which Contains Some Additional Archives Of His Material